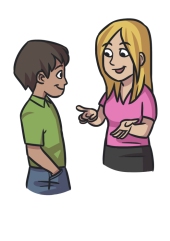 Here are some lil’ bits and pieces collected together about the Chinese language. Feel free to contact us if we should add anything else interesting. This info and more is available on Wikipedia and other encyclopaedias 🙂

“Mandarin” is derived from the Portuguese word “mandarim”, which was used to refer to the Chinese bureaucratic officials….thus, the language of mandarins, or the mandarin language.

The “Standard” version of Chinese (what we usually refer to as Mandarin) is known as:

Mandarin is only one variety of the Chinese languages. Supposedly, 30% of the People’s Republic of China’s population (or 400 million people) do not know how to speak Mandarin.

There are many other Chinese language varieties:  Cantonese, Taiwanese, Hokkien, Hakka, Shanghainese, Teochew, to name just a few.

The People’s Republic of China has become increasingly prominent over the years – but don’t think it’s only about the PRC. Mandarin is used in Taiwan, Singapore, Malaysia, Indonesia, Philippines, Thailand, and other “non-Asian” countries with large Chinese communities like United States and Canada. Mandarin is just one of many Asian languages and learning one Asian language can open the doors to learning other Asian languages 🙂

Taiwanese Chinese and Cantonese Chinese is closer to the Ancient Chinese language than Mandarin. Mandarin has its roots from the North, which came about when Northern China invaded the Central areas, so a lot of the original Chinese population escaped southwards.